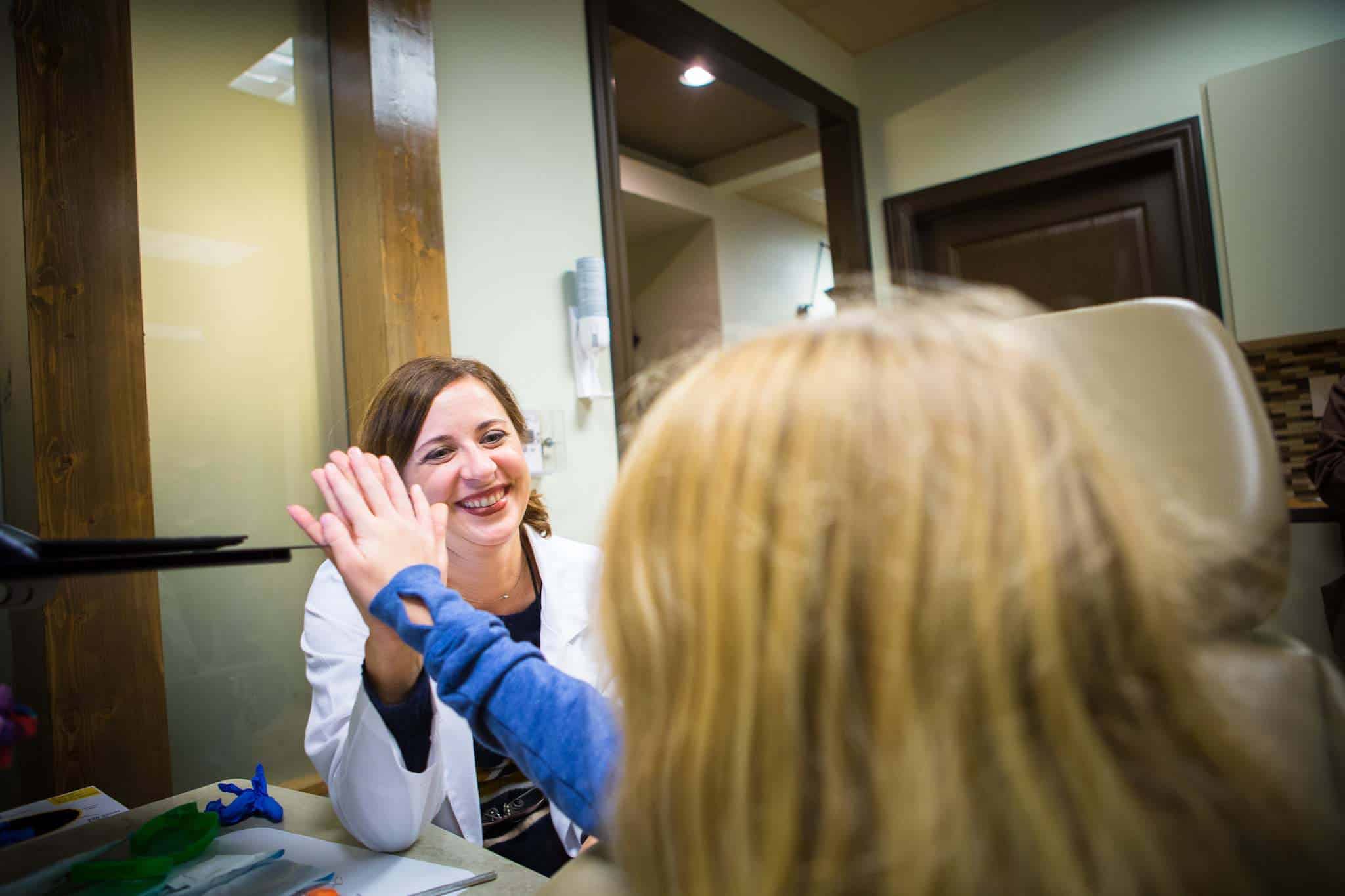 5 Fresh, Fun Facts About Mouthwash and Why to Use It

Brushing and flossing are vital to great oral health, but giving your epic oral hygiene skills a little boost never hurts. One way to do that is with mouthwash. The right mouthwash can freshen your breath and strengthen your teeth — but only if you use it correctly. Yes, there is a right way to use mouthwash. Who knew, right?

The folks at Fergus Orthodontics know, and we’re happy to impart that knowledge to our patients. We know how important it is to maintain great oral hygiene with braces, but we also know it can be a challenge to keep your teeth clean and fortified with braces. Mouthwash is a great way to provide extra protection against tooth decay and gum disease. 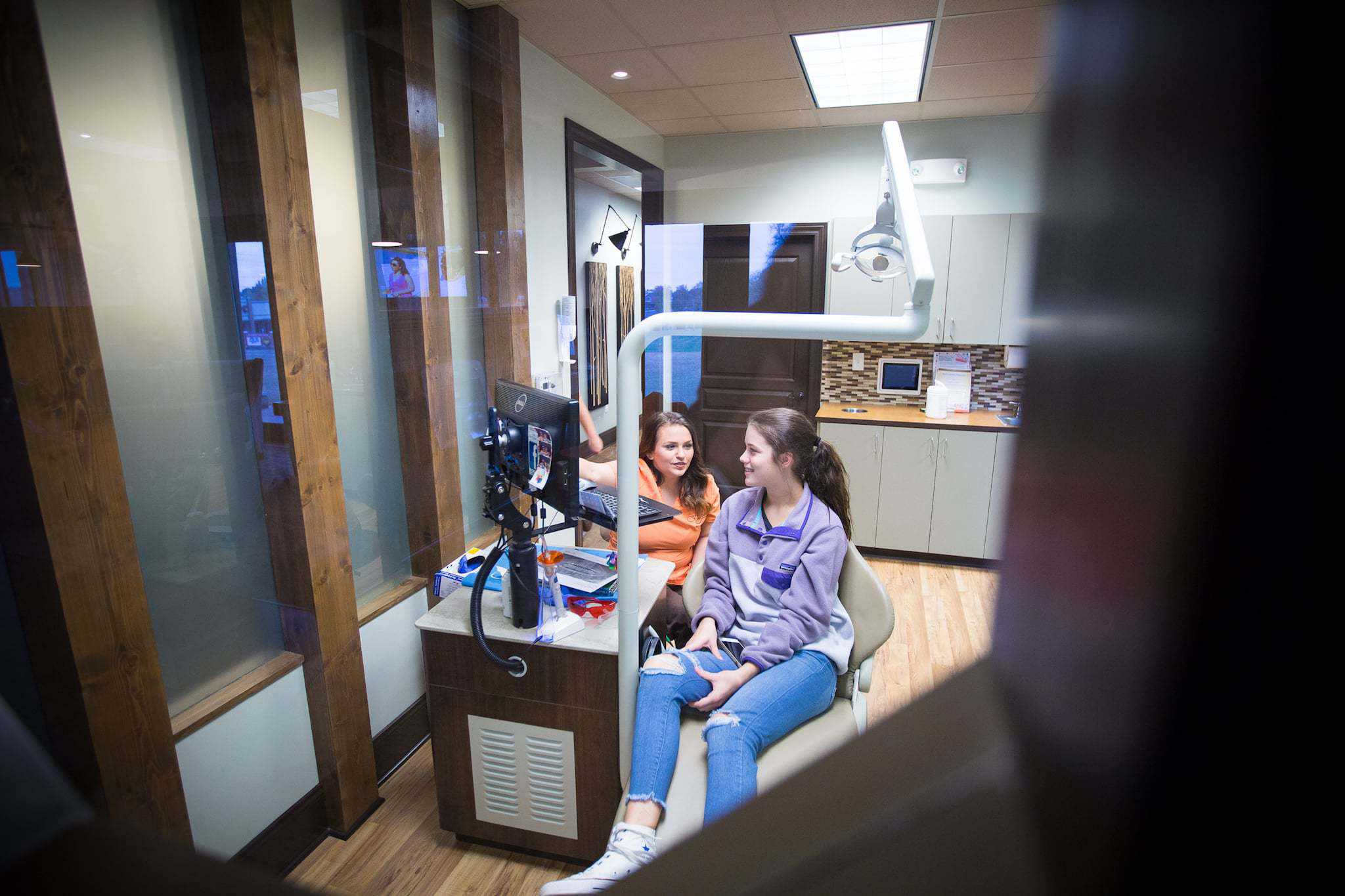 Fact: There’s a Right Time to Use Mouthwash

Can you use mouthwash anytime? Well, yes, you can, but to get the full benefits of mouthwash and your toothpaste, there are certain times that are best.

When Should I Use Mouthwash?

Most people think you should floss and brush, then use your mouthwash right away. That’s actually not right. Why? Because your fluoride toothpaste puts a coating of protection over your enamel. However, it takes about half an hour to kick in because the fluoride reacts with your saliva to activate. By using mouthwash immediately, you wash off the fluoride from your toothpaste before it has a chance to work.

How Often Should I Use Mouthwash?

One more important tip for you: Don’t swallow mouthwash. Fluoride is great for your teeth, but too much of it can make you ill if you ingest it. So make sure you swish and spit!

You may think a quick swish or two of mouthwash if you’re in a hurry can take the place of brushing your teeth. That is definitely not the case. Let’s see why.

Is My Mouthwash in the Morning Enough?

Mouthwash will wake your mouth up in the morning, and it perks you up a bit, doesn’t it? Your mouth just feels cleaner after a swish or two. Is it cleaner, though? It is, but only slightly. Mouthwash may kill some bacteria on the surfaces of your teeth, tongue, gums, and cheeks, but it doesn’t scrub away the plaque that still sits there. You need to brush your teeth and your tongue for a thorough cleaning. Otherwise, that plaque can build up and become tartar, which could lead to tooth decay.

Can You Brush Your Teeth With Mouthwash?

We now know mouthwash doesn’t clean like brushing does, but it’s an OK substitute if you don’t have time in the morning to brush, right? Wrong. Mouthwash is no substitute for brushing because it doesn’t scrub the plaque off your teeth, tongue, and gums, where bacteria has built up overnight. Toothpaste has abrasives in it that will scrub all this from your mouth. Flossing scrubs between your teeth. So be sure you make time to floss and brush your teeth in the morning. Then, later, you can use mouthwash to keep your mouth fresh.

Fact: Your Mouthwash Can Expire

Surprise! Yes, your mouthwash can and will expire. That mouthwash you’ve had since 2017? It needs to go. It’s time. Generally, your mouthwash will last a couple of years if stored in a cool, dark place. It will probably be pretty gross after a while. If it’s medicated mouthwash, it will lose its medication potency, which means it needs to go. Let’s break this all down.

There are two main types of mouthwashes, cosmetic and therapeutic. A cosmetic mouthwash only masks bad breath. It doesn’t have the fluoride or minerals you need to help reduce plaque and bacteria. It can be found on the shelves of most major retailers, and it’s not controlled by the FDA. Despite this, it should have an expiration date. Can it still be used after it expires? Yes, but you’ll probably notice a change in the taste to something more bitter. It will probably also be less effective and might even leave a bad aftertaste. If you notice this, it’s definitely time to replace it.

Therapeutic mouthwash has specific ingredients that set it apart from cosmetic mouthwash. That could be something as simple as fluoride or something more like chlorhexidine or cetylpyridinium chloride, which are used to reduce bacteria and inflammation for someone with gingivitis. These ingredients are regulated by the FDA and will definitely have an expiration date.

Unlike cosmetic mouthwash, this should be replaced once it expires. The expiration date usually indicates when the active ingredients will lose their effectiveness. If you’re using mouthwash like this, you’re probably doing it because of a specific condition, such as advanced gingivitis. You need the mouthwash to be fresh, so it continues to help heal your gums.

Fact: That Tingling Sensation? Your Mouthwash Is Killing Germs!

You probably wonder why you have that tingly or burning sensation when you use your mouthwash. That’s because your mouthwash likely has alcohol, which works like an antiseptic to eliminate germs from your mouth. You might also get a tingle from menthol, which is used in mint-flavored mouthwashes.

To get the best out of your mouthwash, swish it around your mouth completely for at least 30 seconds. If the burning becomes painful, spit it out and rinse your mouth immediately, and make sure you don’t swallow it. It could be a sign of a very rare allergy to alcohol. Always check the ingredients on the label to make sure it doesn’t have anything in it that could trigger an allergic reaction.

Brushing and flossing are vital to your oral health, but mouthwash gives both a great boost. It can add that extra protection your teeth and gums need to keep tooth decay and gum disease at bay. If you wear braces, the benefits are even greater.

We know our patients try hard to get around every wire and bracket when brushing, but sometimes you have a few spots that are just hard to reach. Mouthwash can help you get to those spots under and around your brackets. Without that protection, you could end up with demineralized areas (loss of tooth enamel) around your brackets that could show up as white spots. Mouthwash can help prevent this.

Mouthwash can also give you that minty fresh breath, and who doesn’t like that? Patients with dry mouth can use therapeutic mouthwash to reduce or eliminate this problem.

So swish that mouthwash around, spit it out, and see how it can help your oral health!

Brushing and flossing are the primary tools of great oral care, but mouthwash can supplement those tools. Mouthwash can reach areas on your teeth your toothbrush or floss may not have reached, particularly between teeth. This is especially true of patients with braces, as the mouthwash can get around brackets and under wires more easily. It reduces the bacteria that forms plaque on your teeth, which reduces tartar, a hard, crusty plaque buildup.

The mouthwash can reduce your chances of tooth decay. It also can keep your mouth moist and your breath fresh, at least temporarily. Check with your dentist or doctor if you have persistent dry mouth or bad breath. They may be signs of other issues or related to medications you’re taking.

Fergus Orthodontics knows how great mouthwash can be for our Jonesboro, AR, patients, and we encourage you to use mouthwash if you wish. It should always be used to supplement brushing and flossing and never as a replacement. You should brush, floss and use your mouthwash regularly. You should also have regular checkups with your dentist and orthodontist. If you are interested in orthodontic treatment with braces or Invisalign, schedule a free consultation with Fergus Orthodontics. 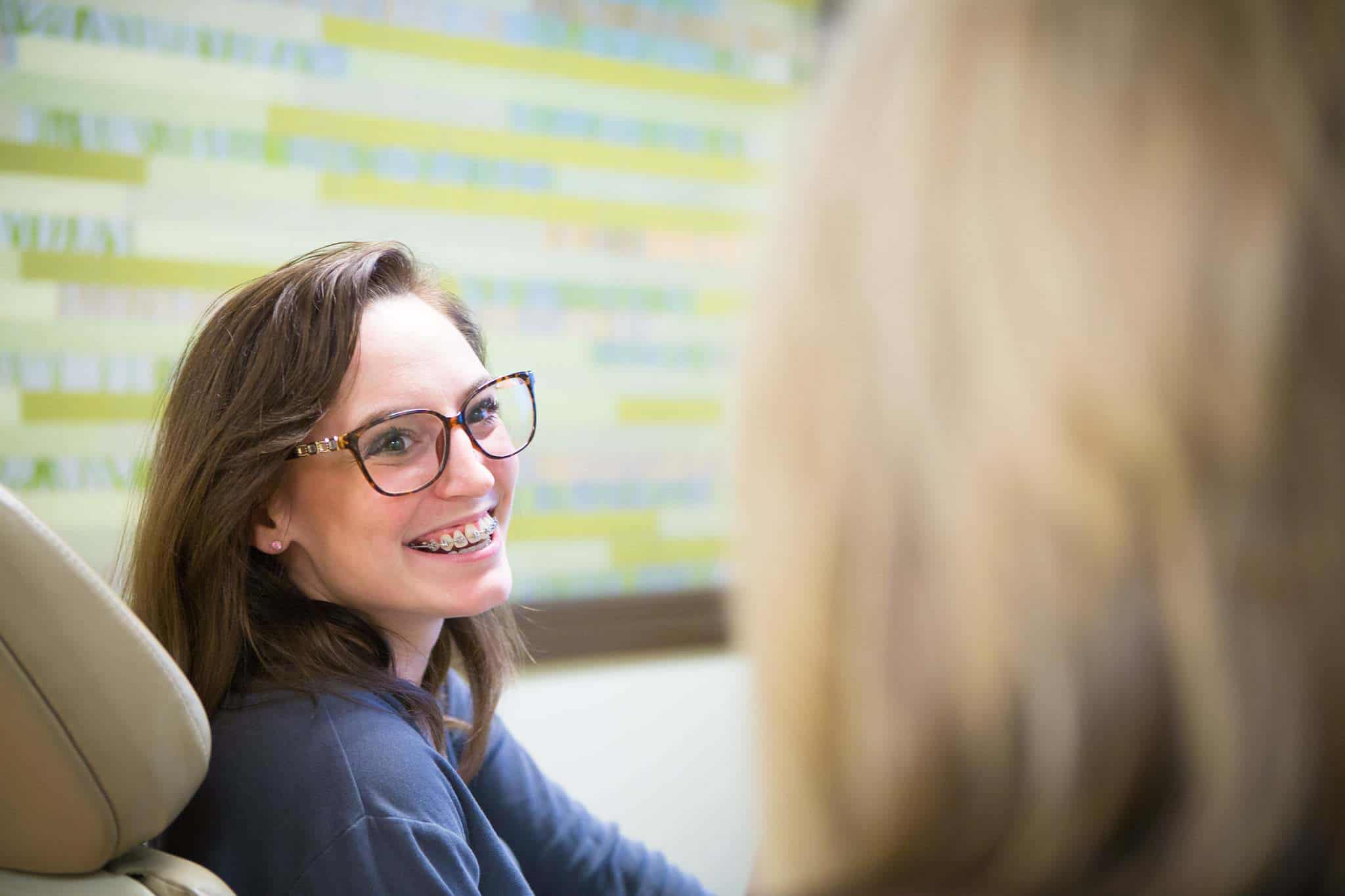 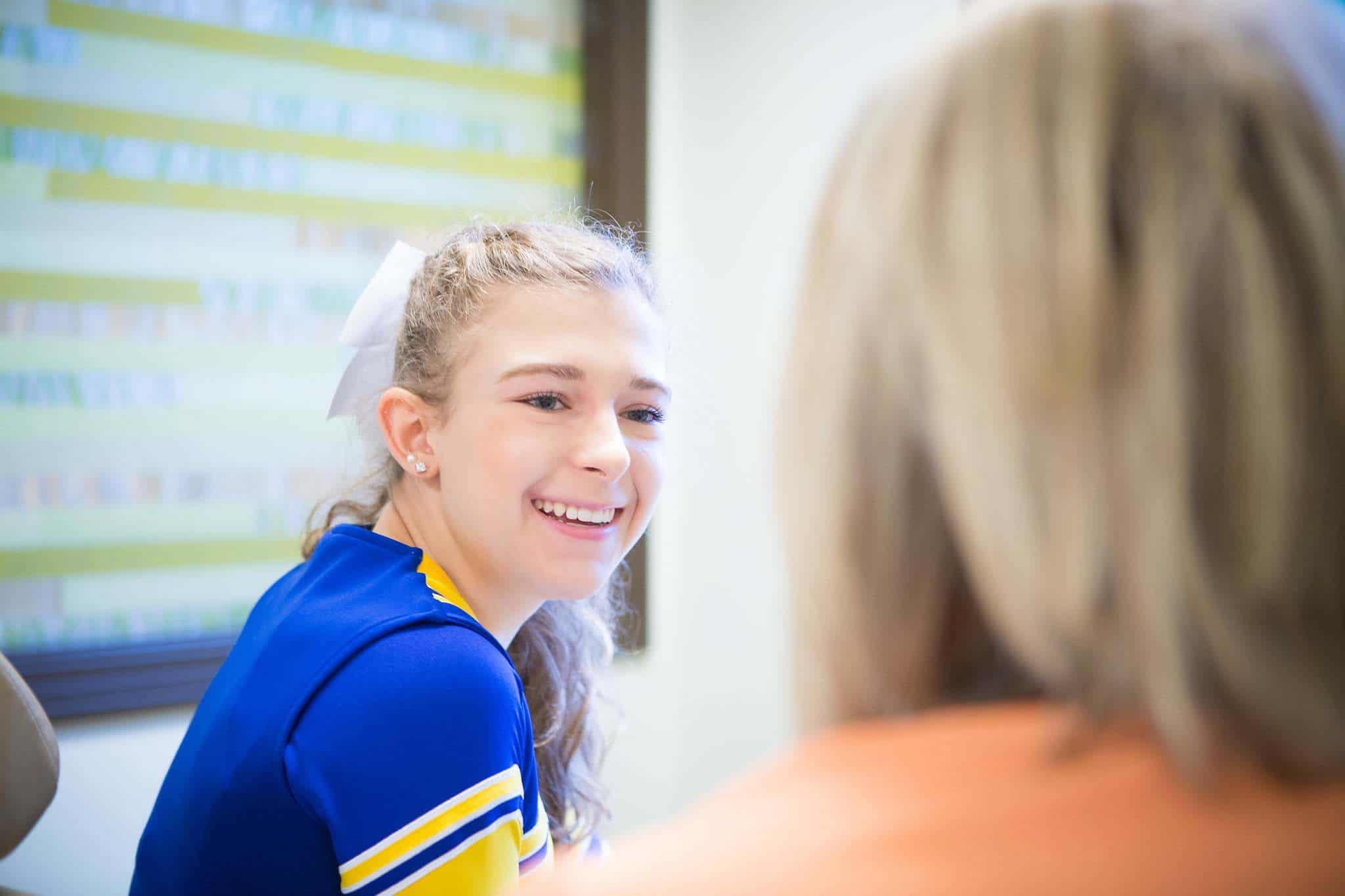 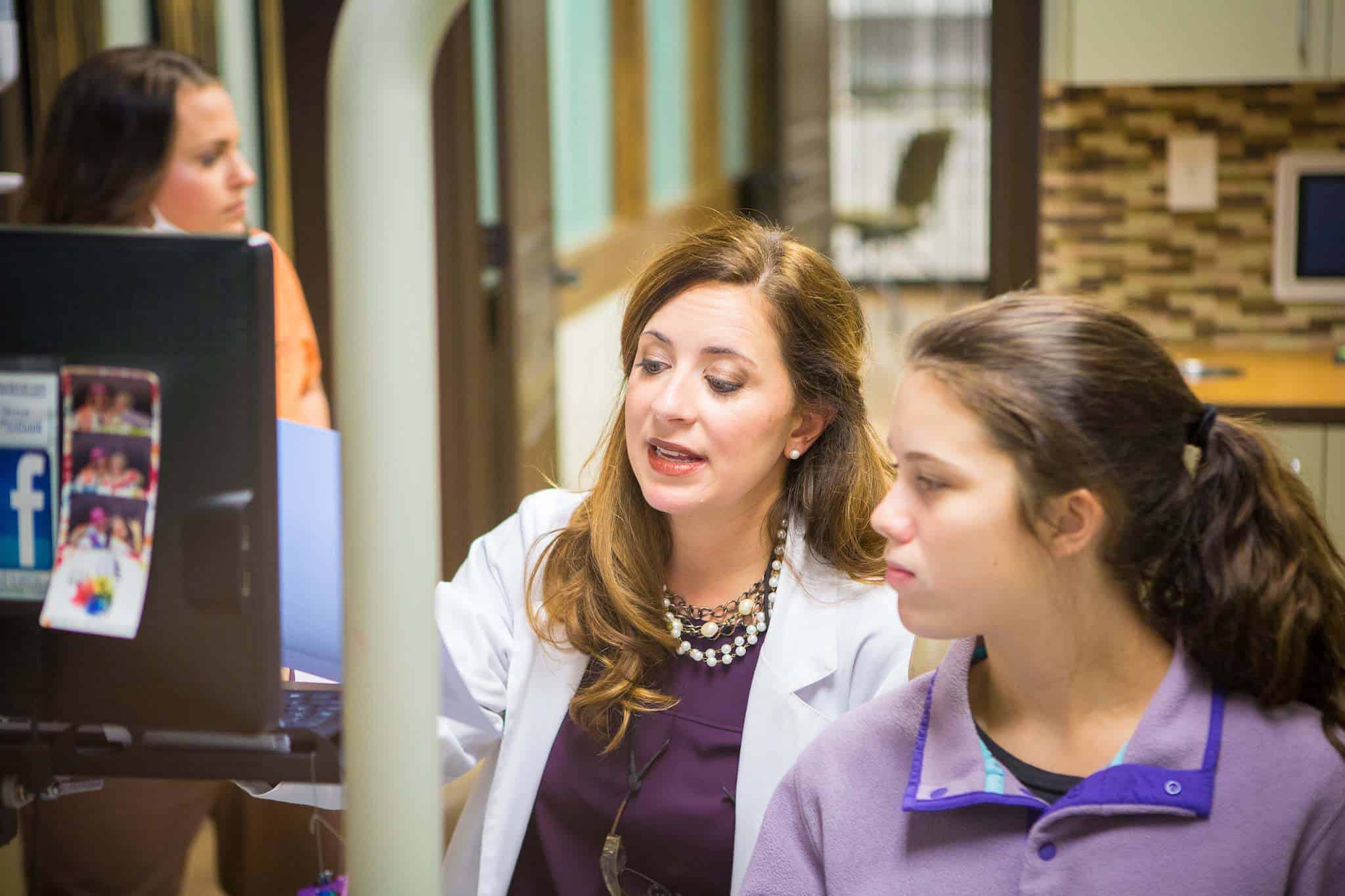 12 Awesome Facts to Know About Braces or Invisalign